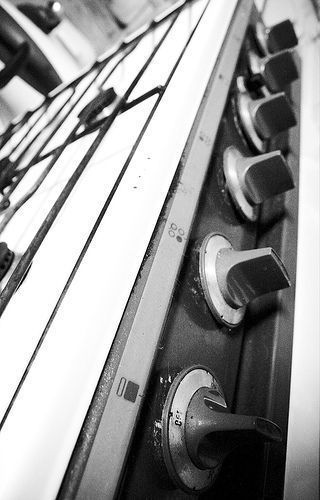 I’m not very good at fixing things. There are several things in our house that have gone unmended for a long…a LONG time. But I’m finally getting in gear and making them work again.

First off was the grill. We’ve been without it for more than a year…mostly because our cooker – like everything in the house that we bought – is the cheapest of the cheap and local hardware stores don’t recognise the model number.

They were friendly enough but offered two options. An all-expenses-paid repair for £100 or some fancy guarantee thing where I pay £160 over 10 months and if they can’t repair it or if it breaks again we get the whole thing replaced.

I’m always sceptical of insurance. It’s got to be a profitable business for the insurer, so the odds are actually stacked against the insurer. And all we wanted was a simple fix for the element or the switch. But they gave me the hard sell anyway.

“You not filling me with confidence that you can fix it for £100”, I told them. “Do you have any numbers on how many people end up claiming a new appliance?”

Initially vague responses about most customers wishing they’d paid extra were finally not-backed-up with the statistic that over 95% of initial repairs were successful.

“If it was just a broken handle then I’d recommend the cheaper option”, she said.

Grilled bacon butties all round!!