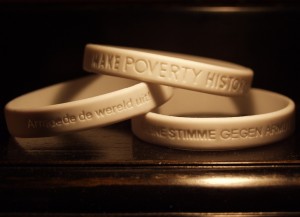 As a Christian I am challenged constantly by the teachings and example of Jesus Christ, and one of the things I see that he did a LOT of was interacting with, and showing compassion for the poor, the needy, the sick, the outcasts of society.

While I, in my personal life, find it really difficult to know how to go about doing this 1, one of the things I do to try to stop me feeling less guilty about not actually doing it is campainging 2.

Now, I kinda imagined that these emails would just go to someone at Tearfund who would batch them all up and send them on to be promptly ignored.

But NO!  This app REALLY seems to send emails to the people concerned.

And you REALLY get responses from the people in power.  Check this header from an email I received today:

Thank you for contacting Oliver Letwin ahead of the General Election, asking about the Conservative Party’s policy on international development. He has asked me to respond on his behalf.

I have a folder full of responses from Tea companies, UK and foreign politicians, DfID, European Ministers, and so on.

OK…so far so good, but let’s get a few things straight:

But it’s worth reading the responses and, occasionally starting dialogue with this intern that’s replied on the important person’s behalf.

My latest reply, from which the header is quoted above, points me to the Conservatives “One World Conservatism” page.  Which all looks well and good – though I don’t agree with everything they propose.

Of course, Labour are also committed to the key UN-agreed target of 0.7% GNI to be spent on aid by 2013.  Oh yeah, and they’re spending on HIV/AIDS too instead of the Tories’ malaria.  Oh and Labour, like the Tories, also want to make foreign governments more accountable.

To be honest, I don’t see much between the two main parties.  No one’s taking a lead on it.  No one’s saying we’re going to meet the goal by 2011, for example.  No one’s pledging anything on water and sanitation. No one’s pledging to hold UK and multinational businesses to account for their activities in the developing world.

I admit that we can’t do everything 4, so we have to pick and choose what to do.  Yet, I can’t help feeling like these pages are just spin that make it look like the parties are doing something, when actually, they need to do a whole load more.

Which comes back to me.  What am I doing?  Am I all talk and no action too?