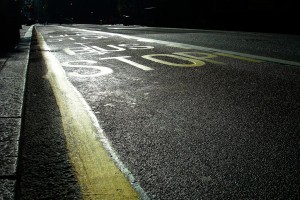 Wow, what with health and weather I’ve probably not cycled for a month!  I’m going stir crazy.

I’ve also been using the buses a lot.  Partly because I feel I should, and partly because the brakes on the car seem a bit dodgy (maybe just cold weather?).

I mentioned buses before, back in May, but after a prolonged exposure to them I have more thoughts.

Yeah, I really think this!  They kept running through the snow, they were quick, mostly on time, the journey planner, realtime information system (and the mobile version) works really well.  I even found them tidy, convenient and enjoyable!

We are fortunate to live near a fairly major bus artery out of the town centre – I’m probably commuting against the flow and have plenty of route options with no changes, but even so, I was impressed.

And I’ve loved having a deadline by which I must be out of the office.  I’ve mostly worked my contracted hours this week, and that feels right!

And there’s some lingering buts…

I have several gripes.

None of these problems is insurmountable.  With good staff training and customer service skills, a few simple changes, some subsidy, co-operation and investment, I think Swindon’s buses hold promise.

One final thought: there was much talk of how the snow caused so many problems with people getting to work/school.  Perhaps subsiding the buses during this time of difficult transportation would have got people onto them, used to using them, and kept some of our economy and services running?  They’ re all good things, right?