You probably thought I was a bit funny. I mean, you were the adult man on the pink, three-wheeled Barbie scooter, but *you* probably wondered what *I* was doing.

I was in my car. I saw you from afar and had resolved to cheer you on. At first I wasn’t sure if you were a man, because of your curly hair, but you were. A dad on a pink scooter, chasing down a young girl, also on her scooter, in a way that feigned that you were trying hard, but you were clearly letting her win.

I’d been thinking, in the previous few days, about how you don’t see parents, and especially dads, playing in public with their children much.

I’d been wondering why it was that when groups of parents and children gather, children somehow gravitate to me and talk to me.

And I’d been realising that it’s because I play. I kneel. I ask. With children. In public.

And this, to my great sadness, is unusual.

Yeah, I’m a bit of a show off. And in later years I’ll be hugely embarrassing.

I feel weird because most children seem to be left to play by themselves in public. Or strapped in a buggy and ignored.

So when I saw you: a grown man, on a three-wheeled, pink, Barbie scooter; in public; clearly having fun with your daughter (?); unashamed; and clearly enjoying yourself too, yes, I cheered you on.

I admired and respected your attitude. And I wanted to encourage it. It was a beautiful thing to see and it made me smile.

I’m sorry if you thought I was weird. 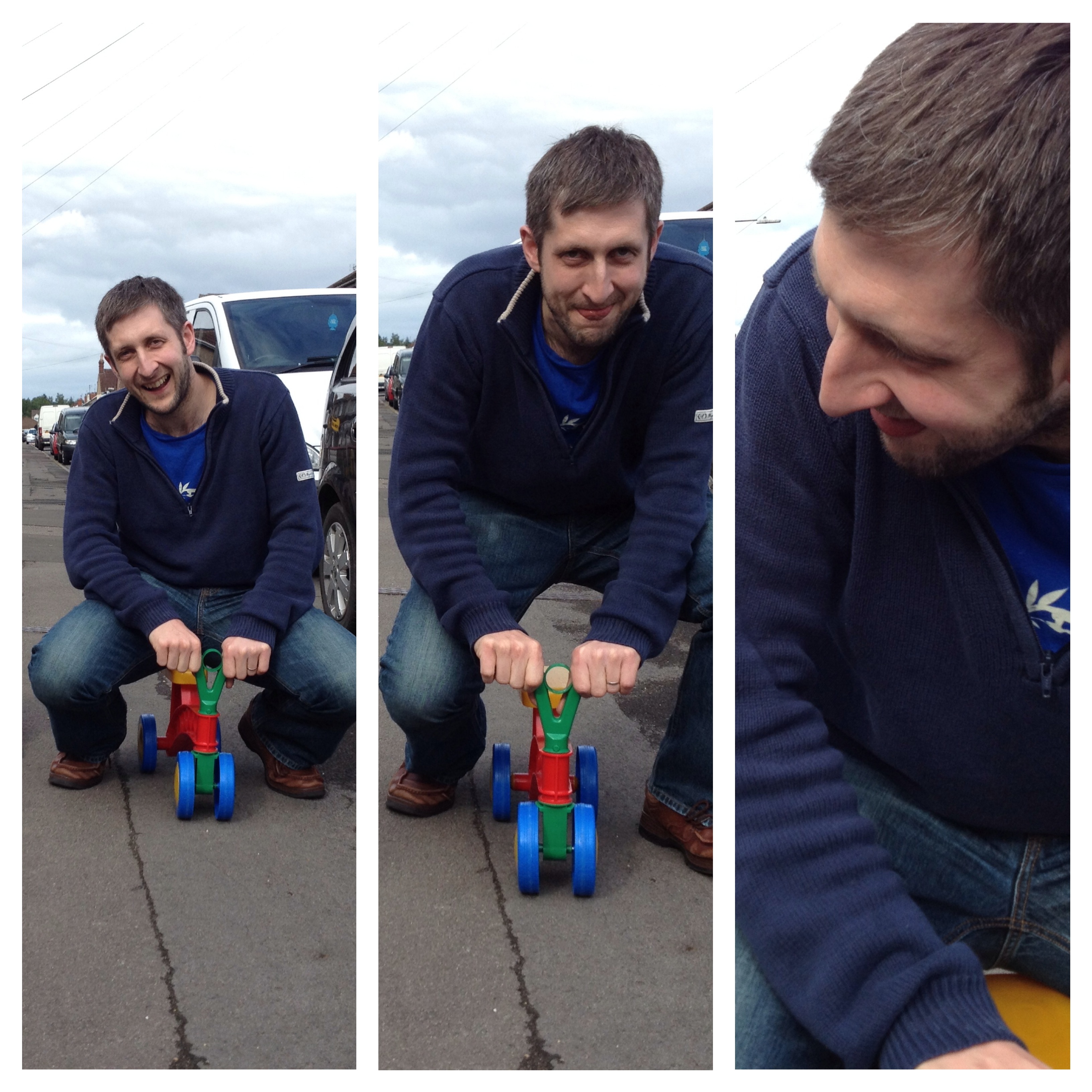